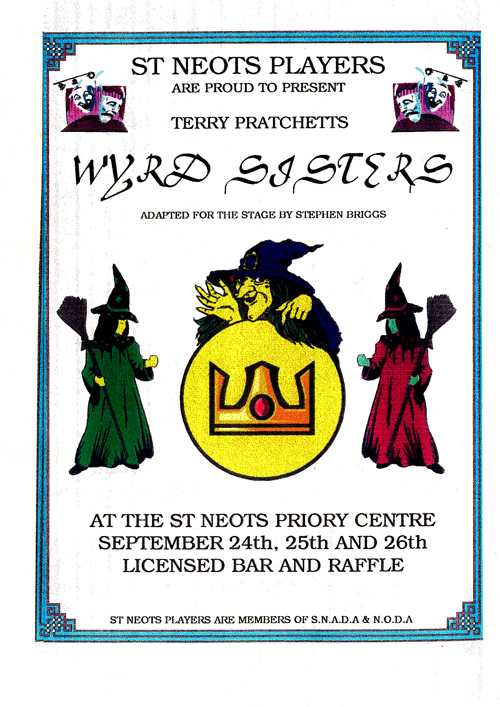 
On a moor in the rainy country of Lancre, three witches hold a coven meeting. They are the fearsome Granny Weatherwax, the easy-going Nanny Ogg and the timid Magrat, and are doing nothing more than following tradition. Up in the castle, however, a sinister plot is afoot: King Verence lies dead, murdered by his cousin, Duke Felmet. Death comes to him, and tells him that instead of moving on he is destined to become a ghost and haunt the castle. As Death leaves, Verence remembers his son.but after dashing to the baby’s room he finds the cot smashed, and the child gone. Giving chase, he then discovers that he cannot leave the castle that he is doomed to haunt.

A coach crashes along towards the moor, pursued by three soldiers. The coachman sees the three witches and approaches them for help, but after thrusting a bundle into Granny Weatherwax’s arms he is shot dead. The three soldiers converge on the witches, but Granny uses her considerable psychic powers to see them off. She then looks at what she has been given, and sees that it is a baby. She is wondering what to do when Magrat, inspecting the coach, finds a crown. Granny becomes uneasy at this, as it bears the mark of something big. 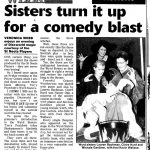