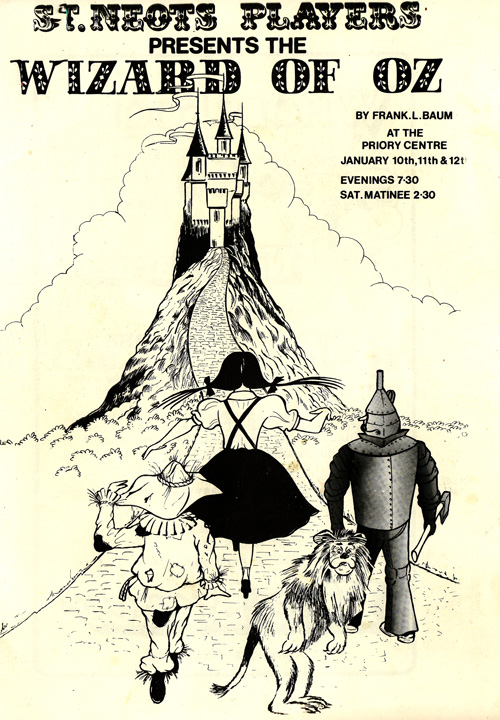 
Little Dorothy Gale of Kansas, like so many girls her age, dreams of what lies over the rainbow. One day a twister hits her farm and carries her away over the rainbow to another world. Come join Dorothy, the Scarecrow, the Tinman, the Cowardly Lion and Toto as they travel the universe of Dorothy’s imagination.
There are two versions of THE WIZARD OF OZ. Both include the songs Over The Rainbow, Munchkinland (Ding Dong! The Witch Is Dead), If I Only Had A Brain, If I Only Had A Heart, If I Only Had The Nerve , We’re Off To See The Wizard (Follow The Yellow Brick Road), The Jitterbug, and The Merry Old Land of Oz. The MUNY version has Evening Star. The RSC version also includes Poppies (Optimistic Voices) and If I Were King Of The Forest.

The MUNY version is the more theatrically conservative and employs its stage, actors, singers, dancers and musicians in traditional ways to tell Mr. Baum’s story. The story and the music are treated by the adapters as elements of a classic stage musical without reference to their use in the film.

The RSC version is a more technically complex production and uses as much of the aura of the film as is possible to create in a modern theatre. It is an adaption for live stage performance, even while it strives to look and sound just like the famous film, in telling the story. There is more work for the SATB chorus and small vocal ensembles in the music material for the RSC version.

Put a smile on everyone’s face with THE WIZARD OF OZ!

Witch of the South

Witch of the West