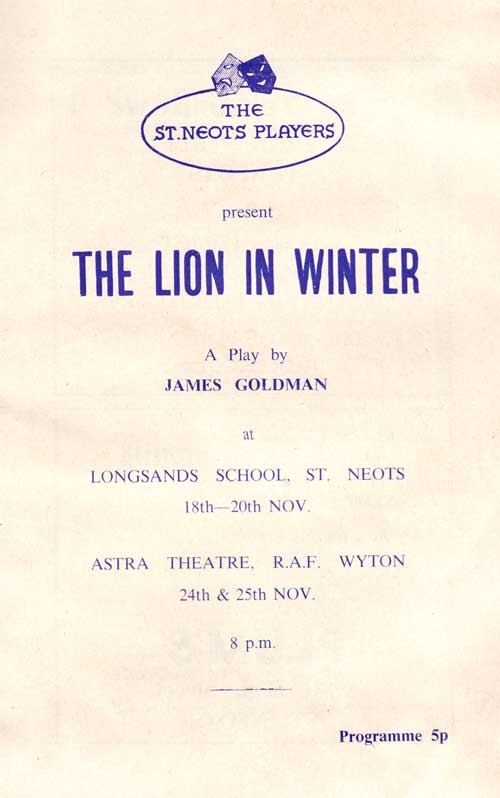 The Lion In Winter


It is Christmas 1183 in King Henry II of England’s palace in Chinon, France. Henry is discussing with his mistress, Alais, the upcoming day’s events. Henry’s family will be gathering for the holiday—his wife Eleanor, whom Henry has let out of prison for the occasion, and their three sons, Richard, Geoffrey, and John. Of course, much of the conversation and thought will center around Henry’s successor to the throne. Henry makes it clear that he wants the youngest son, John, to be the next king, while Eleanor wants the oldest, Richard. Henry has also promised the young Prince of France, Philip, that Alais, Philip’s sister, will marry Richard but he also promises Alais she can remain his mistress. In another room the three sons are already gibing about who will be king, soon joined by their mother, and then by Henry and Alais. Henry then turns the discussion to the matter on everyone’s mind: “Well—what shall we hang? The holly or each other?” Richard insists that he become king because he is the oldest and the most capable. John is sure he will inherit the throne because he is his father’s choice. And Geoffrey, the middle son, feels unappreciated, with no chance at all of the throne. Then the sons and Alais depart, leaving Henry and Eleanor alone.

Much of the remainder of the play is filled with the duplicitous machinations of the various members of the family. At various times Henry courts each son, hoping to advance his agenda through lies and manipulation. Eleanor does the same. At times it is difficult to tell who wants what and what is the truth. The three sons do the same thing, pairing up with each other in various combinations, hoping to get the help of the others. John and Geoffrey at one point even plan a war, with King Philip’s help, to overthrow the plans of Richard and Eleanor and take the kingdom from Henry. At another juncture, Henry insists that Eleanor sign papers giving the Aquitaine, a valuable piece of land in France, to John, virtually guaranteeing his ascension to the throne. Eleanor, however, rebuffs his requests, and the two, once again, are at a stalemate. At one time, even Geoffrey tries to make an alliance with Philip, in his own grab for the throne.

Finally, Henry concocts one final scheme. He has his three sons locked in the wine cellar and plans to send Eleanor back to prison. Then he will go to Rome, force the pope to annul their wedding, and marry Alais. She can then give him more sons, including a new king. Alais says, however, she can’t marry him if the sons are left alive and a danger to her in the future; but Henry refuses to kill his offspring. Eleanor takes daggers to the boys in the dungeon, urging them to run, perhaps killing their father. However, they can’t act either, unwilling to harm their father. In the end, everything is as it was in the beginning. Eleanor is headed back to prison, the three princes are still squabbling over who shall be king, Alais is caught in the middle, and Henry still has no clear successor. 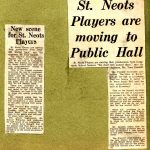 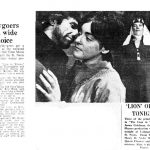 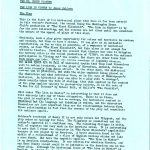