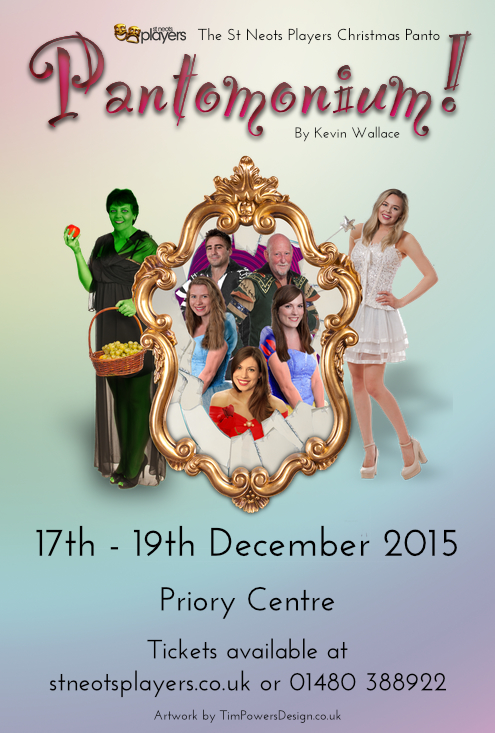 
It’s morning in storyland and the computer has broken down. The result? All the stories have been mixed up. What is Snow White doing in a gingerbread cottage? Why is Robin Hood dusting the palace? How will everything and everyone end up where they should be? Oh dear, this year’s pantomime is pure Pantomonium!

ST. NEOTS’ PLAYERS – ‘PANTOMONIUM!’
Entertained as I have been by St Neots Players productions during my first year as a NODA representative, I was looking forward to an innovative and professionally presented show on the Saturday before Christmas 2015. I was not disappointed.

Whilst ’ Pantomonium!’ proved a little confusing at times with its plethora of pantomime characters and the polarisation of good and bad characteristics, I liked it very much indeed and would exhort and encourage director and author, Kevin Wallace, to write more. I am sure that there are many societies which would be happy to perform this witty, warm and rather wonderful piece of theatrical magic.

As Kevin says in his programme notes, he has a passion for pantomime and wanted to write a traditional show with a modern theme. This was conveyed most tangibly and enjoyably in a performance of verve and vitality by a company of hard working and talented actors, singers and dancers directed with pace and a true sense of the genre by Kevin.

With excellent and wholly appropriate choreography for its terrific team of young dancers by Amy Emery and a beautiful array of colourful costumes by Julie Wood set against a background of superb backcloths and scenery, this panto with a difference was a delight from start to finish. Production manager Richard Fitt, stage manager James Goodman, the lighting and sound crew of Dave and Kate Maltby, Kim Ulmer and so many others have reason to be proud of a highly professional show with exceptional effects and smooth scene transitions.

The screens on either side of the proscenium provided us with St Neots’ own version of Liam Neeson in the current ‘War of the Worlds’, Simon Ockenden, as the computer. His performance was masterly and most amusing. Followed on by the gorgeously lit and deftly played Tinks and Queen Bea of Alissa King-Underwood and Linda Riddy, all was readied for the unravelling of a raft of iconic panto characters played to perfection by some very fine actors and singers.

I would not wish to single out any one performer. The heart of this panto is carried by many. The delightfully played Snow White, Red Riding Hood and Cinderella of Abbie Miles, Bryony Mountfort and Billy-Jo Rainbird were wonderfully matched with the intellectually challenged Prince Hansome of Michael Mazzone, who displayed immaculate comic timing, the ‘unusual’ and hilarious masculinity of Lynda Collins as Prince Charming and the camp ‘man in tights’ humour of Kevin Wallace as Robin Hood.
Les Roberts and Paul Riddy as Babs and Debs, the garishly attired Ugly Sisters, provided us with many laughs (their mirror gag was particularly well executed) whilst George Kelly as the Woodcutter frightened small children and amused the adults very adeptly.

All the performers deserved their rounds of applause and well won cheers at the finale. The mixed age audience really appreciated the snowball throwing sequence whilst the musical numbers were very well chosen and the backing tracks cut at the point where the audience were enjoying not enduring. The singing was uniformly strong and melodious. The dances were lively and delivered with precision.

If I have any constructive criticism, it centres on what makes a panto work. To me, that rests on the audience having one character of great charm and warmth to relate to very specifically: a Buttons type usually paired with an obvious comic foil of a dame. Too many characters with too many tales to tell may make a pantomime more challenging than it needs to be.

That being said, there were some great routines and wonderfully witty lines in this highly accomplished nod to this most British of theatrical art forms.

Yet again, St Neots’ Players have many reasons to be very proud of a brilliant entertainment for this festive season.

This year the Players, under the pen and direction of Kevin Wallace, gave us Pantomonium, with traditional pantomime characters and stories set in a modern computer age. When the computer breaks down, the characters all become mixed up in each other’s stories and the resulting mayhem and confusion provides a refreshing break with tradition, but with all the elements of pantomime good verses evil that audiences love.

There were, of course, lots of jokes about the frustrations of computer technology, and although the overall theme was perhaps adult-based, it was easy enough for children to follow and understand. All the traditional wit and humour were there, as was the panto booing and hissing and “he’s behind you” audience participation that gets children up on their feet yelling at the stage.

There were some exceptional performances from some of the younger members of the cast, Alissa King-Underwood as Tinks the fairy was wonderful, as was Billie-Jo Rainbird who took on the role of Cinderella.

Bryony Mountford (Red Riding Hood) put in a commanding performance as did Abbie Miles (Snow White). In fact, the three central characters, Cinders, Snow White and Red Riding Hood, delivered a real sparkle and chemistry when they appeared together on stage.

One of my favourite performances came from newcomer Michael Mazzone who played Prince Handsome. He gave us a stand-out performance with his effortless and natural wit, moving around the stage with the confidence of an old pro. Can’t wait to see what he does next. 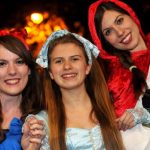 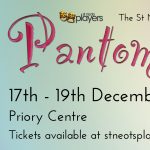 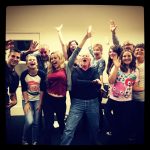 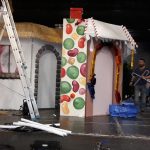 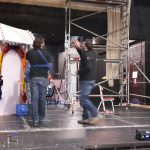