The tale makes the clearest contrast between the safe world of the village and the dangers of the forest, conventional antitheses that are essentially medieval, though no versions are as old as that. It also seems to be a strong morality tale, teaching children not to “wander off the path”. 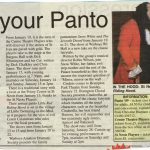 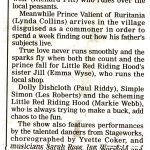