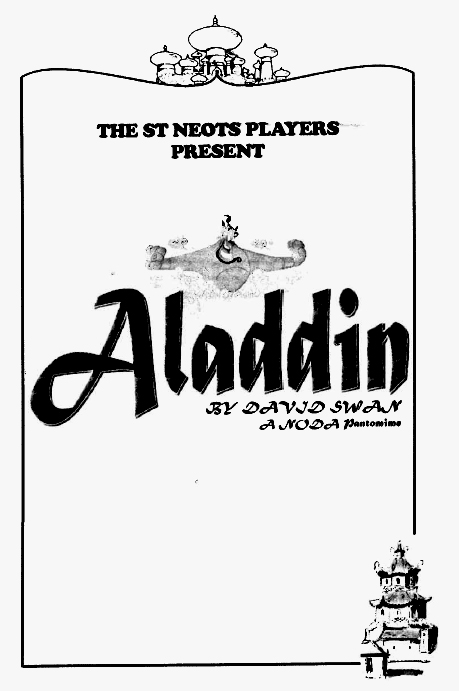 
Comedy and intrigue in the far East, or is it the middle East? Widow Twankey’s laundrette isn’t making money, but then a sinister stranger by the name of Abanazer appears, offering riches to Aladdin in return for retrieving an old lamp. Things are looking up for the Twankey family. Unfortunately, Aladdin is more interested in trying to catch a glimpse of the Princess Jasmine than making money. And aided by his brother Wishey, he turns up uninvited at the Sultan’s palace. Things don’t look good when he is discovered and sentenced to death. Abanazer saves him from execution, but a worse fate may await Aladdin when he is forced to enter a dangerous cave. But help is at hand in the shape of a Genie and the Spirit of the ring.

Genie of the Lamp 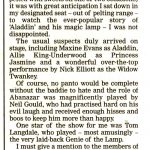